The most amazing part about the vaxxines to me is how trusting most people are about governments. I appreciate how difficult it is to get contrary information in the wave of covid terror-tactics that have been applied for the last year and a half, but even so, there are other sources of information that might just possibly make someone a bit hesitant to risk their life and health on a vaxxine based on a risky methodology that has been attempted before but has never succeeded.

We know that medical protocol requires a minimum five-year trial period to validate a vaccine, perhaps more. After less than a year, the product is still in the experimental stage, yet it has been approved for emergency use and may soon be ratified by the FDA.

PCR testing of the asymptomatic population was supposed to be failproof, yet the Ct (Cycle threshold) rates are generally so high as to produce enormous numbers of false positives….

Many state authorities and health officials believe in a “Zero Covid” recovery scenario before mandates and restrictions will be lifted. Yet it now widely known that the virus will be with us indefinitely, like the flu and the common cold….

Dr. Daniel Stock, who is a trained immunologist, asks: “Why is a vaccine that is supposedly so effective have a breakout in the middle of the summer when respiratory viral syndromes don’t do that?”…

Dr. Stock’s six-minute video has been taken down by YouTube and his claims “factchecked” to death by an innumerable host of politically complicit Internet sites and media shills. Open debate and informed argument are obviously not tolerated in the current repressive milieu….

Distinguished virologists and epidemiologists … have deposed, with considerable evidence, that a condition called Antibody dependent enhancement, which allows the pathogen to invade cells, will render the vaccinated prone to the proliferating emergence of variants….

We are assured that that these elixirs are effective and safe, despite the fact that adverse reactions continue to be reported (or massively underreported). An Open Letter from Doctors for COVID Ethics records a total for the EU/UK/USA of 34,052 vaccine deaths and 5.46 million injuries as of August 1, 2021.

I firmly believe that the vaccines should not be mandated, whether by government or corporate enterprises, but remain the personal decision of the individual — moreover, an individual who is privy to full disclosure regarding both sides of the debate, a task admittedly growing more and more mercurial under the prevailing rule of media and Internet censorship. Censorship almost always means there is a valid or important argument across the polemical meridian that the authorities and their journalist enablers do not want people to hear. Anything that challenges unexamined beliefs and rattles unsifted confidence must be cancelled.

I am old enough to remember Thalidomide which for my generation was the lesson learned about rushing medications to market. It is an experience that is disappearing from the conscious memories of our communities. We shall soon enough know whether these vaxxines will replace those old memories with some new ones. And if not, virtually no one’s dying from the Covid. You can always get vaxxinated once we know these non-vaccines are safe.

Let me also include another example of overseas’ views about Australia’s approach to dealing with the Covid. 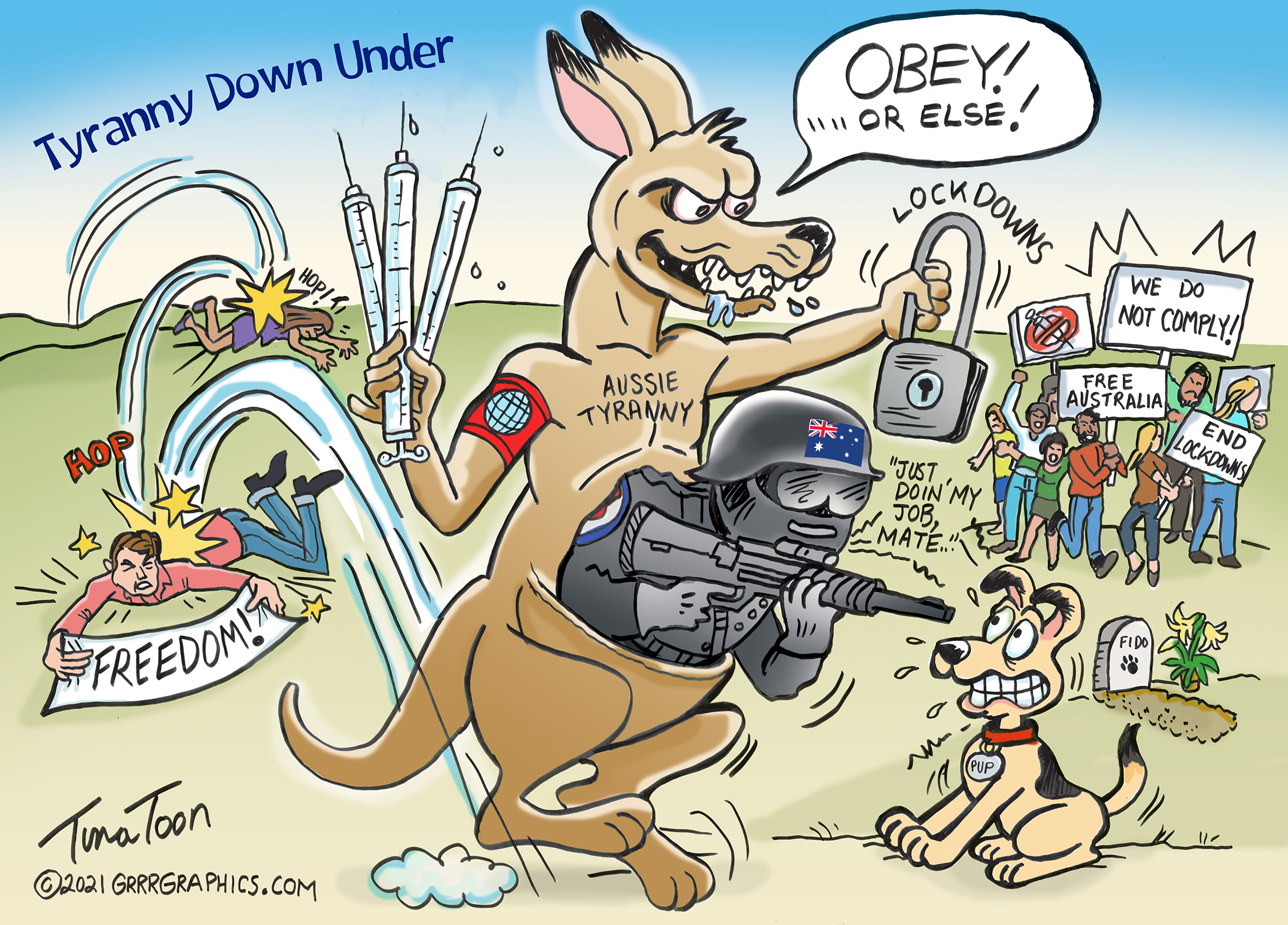